We are now recruiting for our FRC team! Contact us for more information! 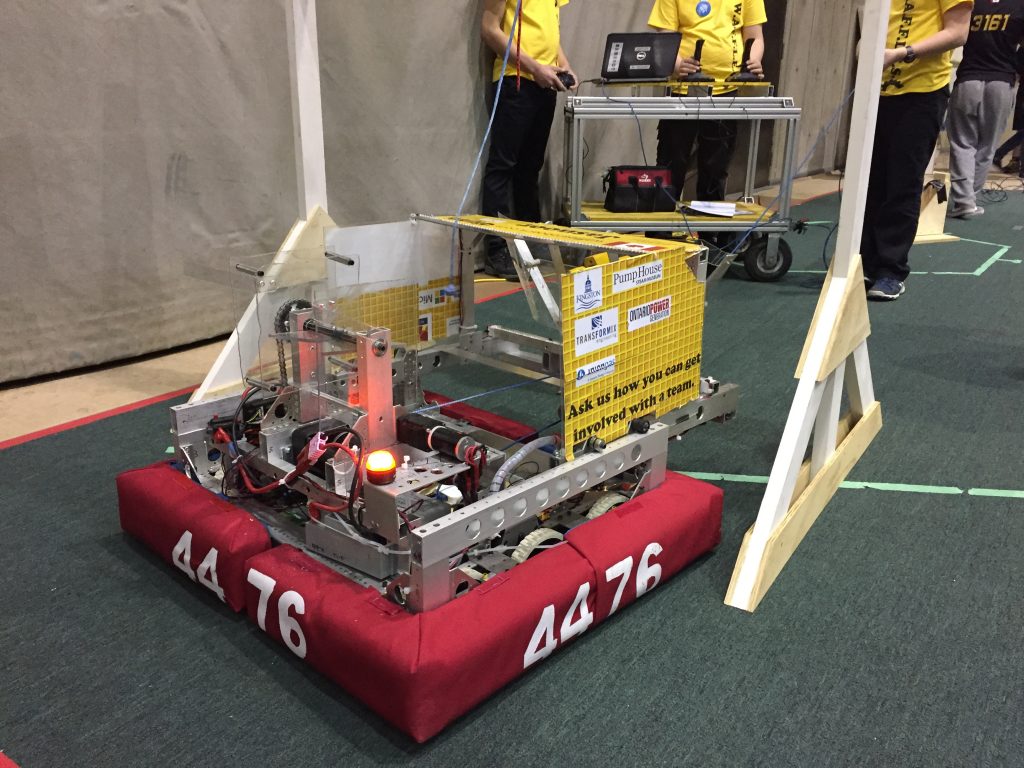 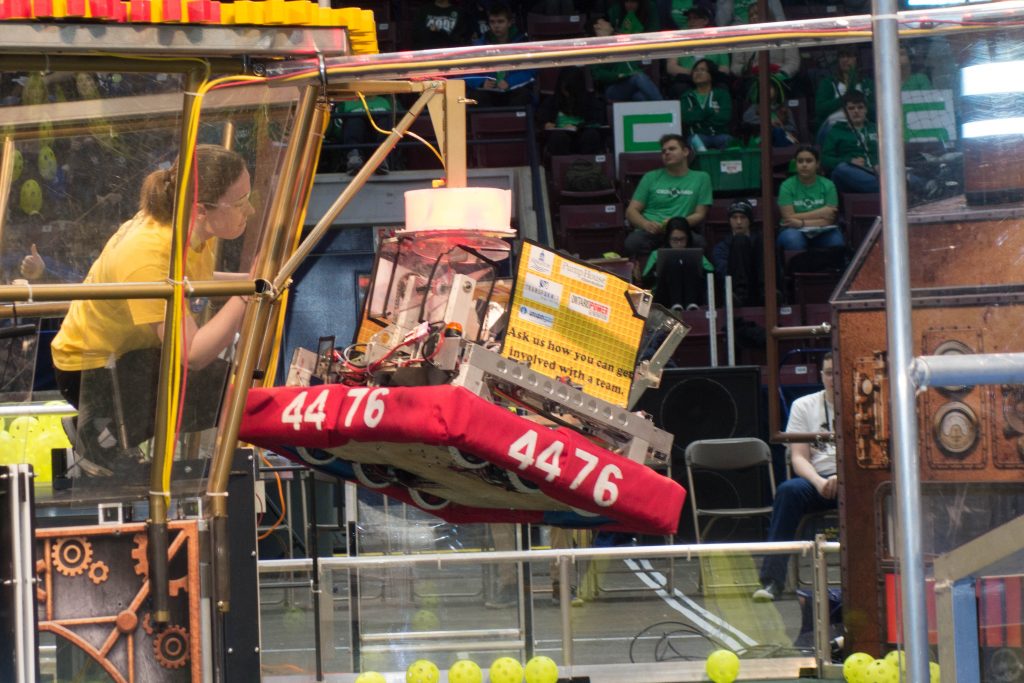 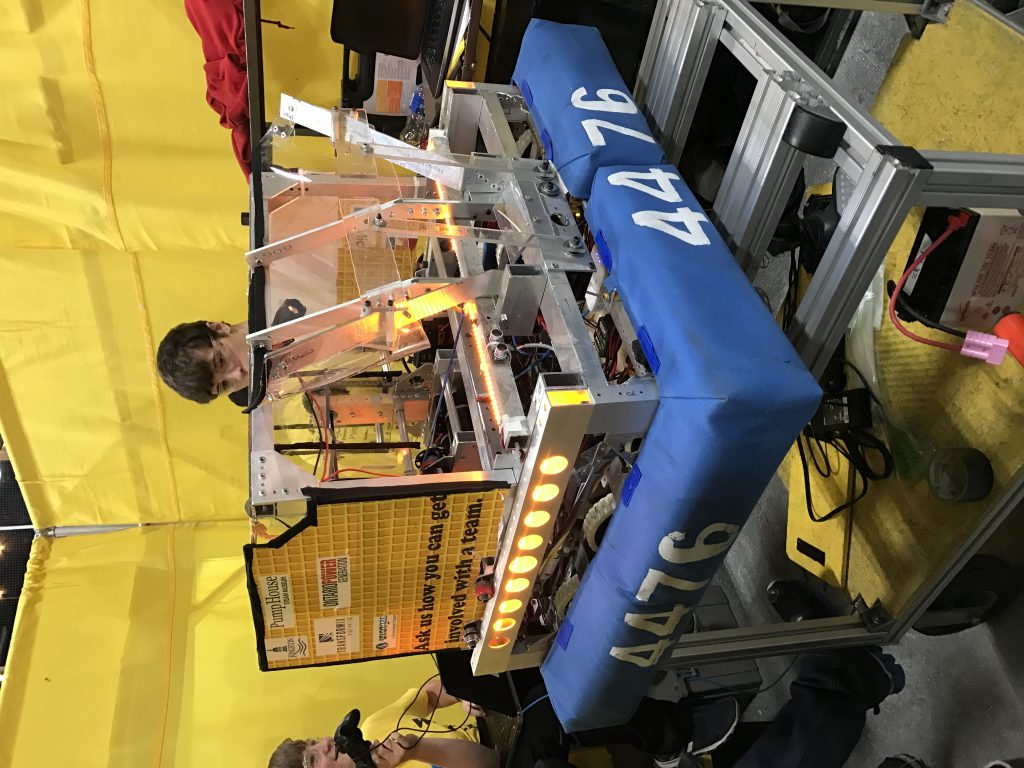 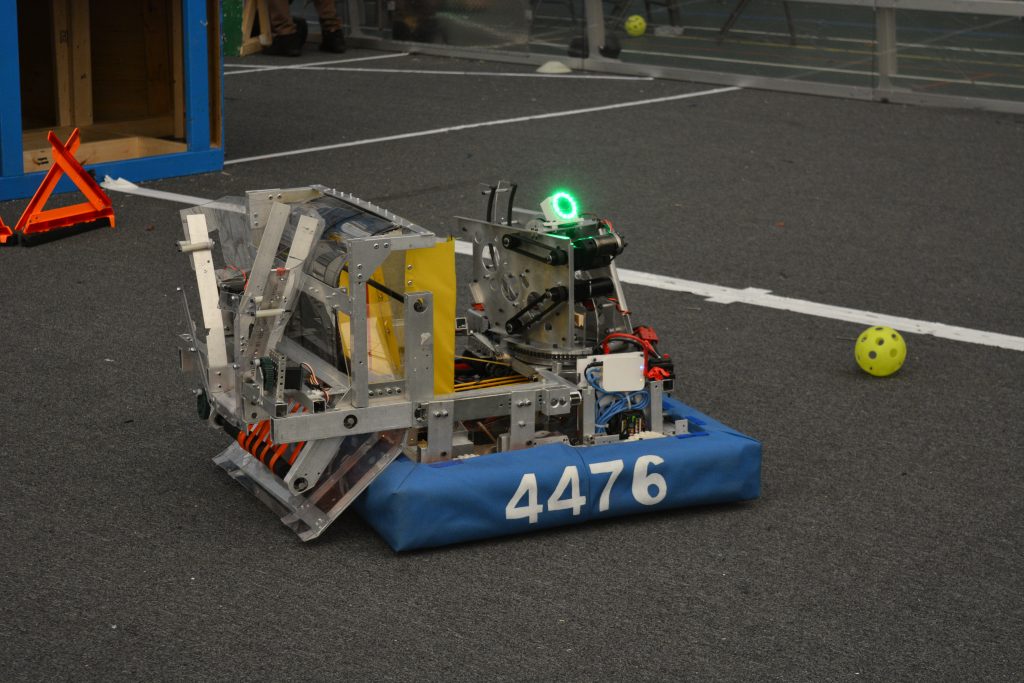 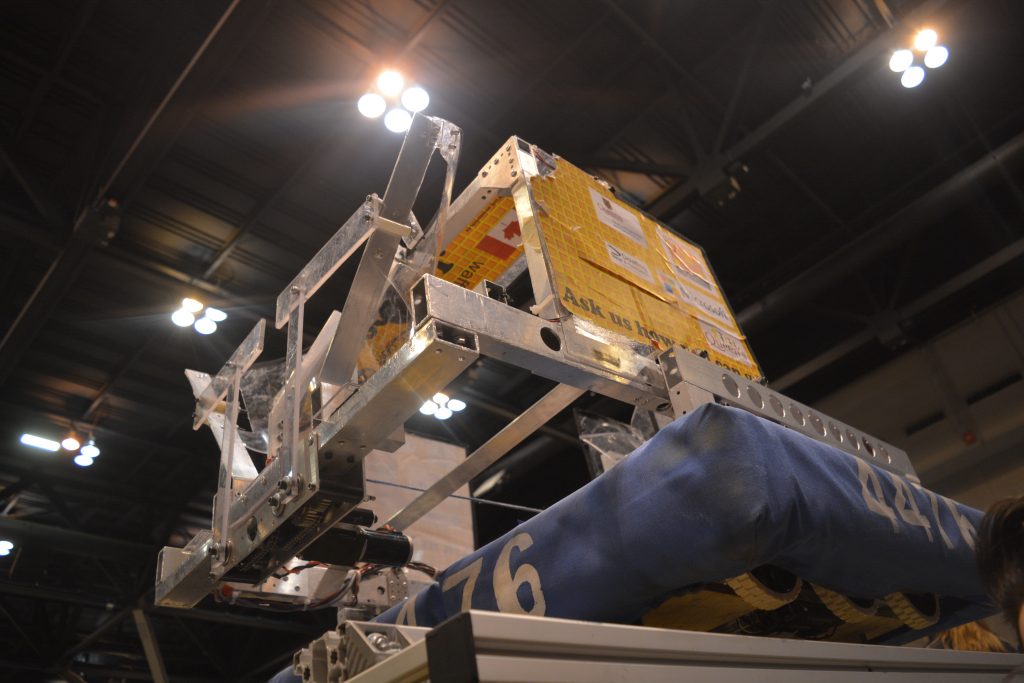 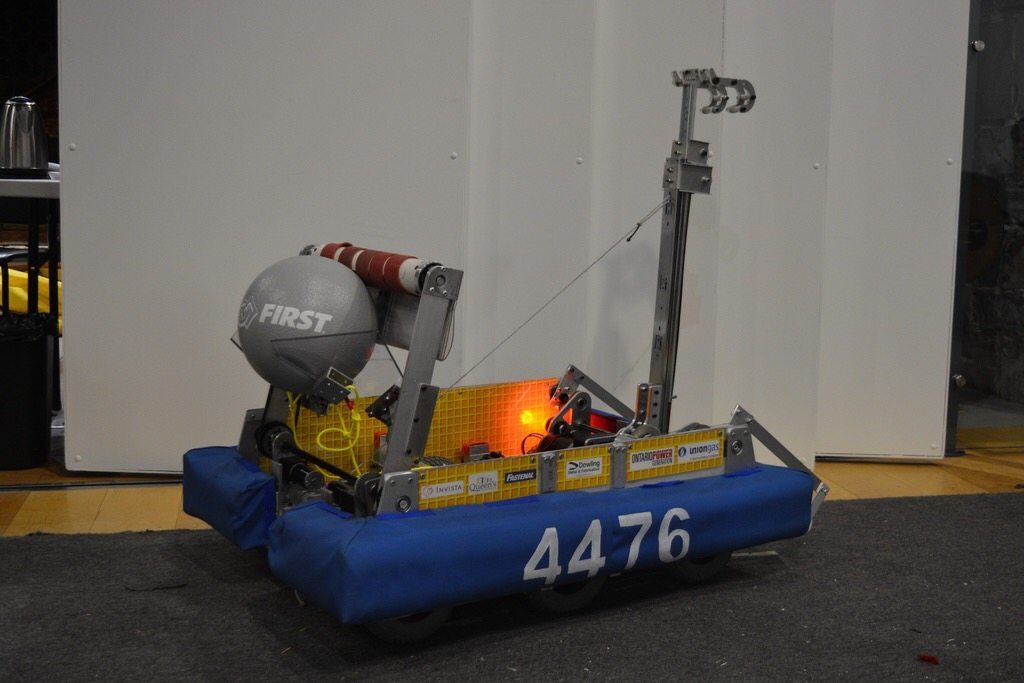 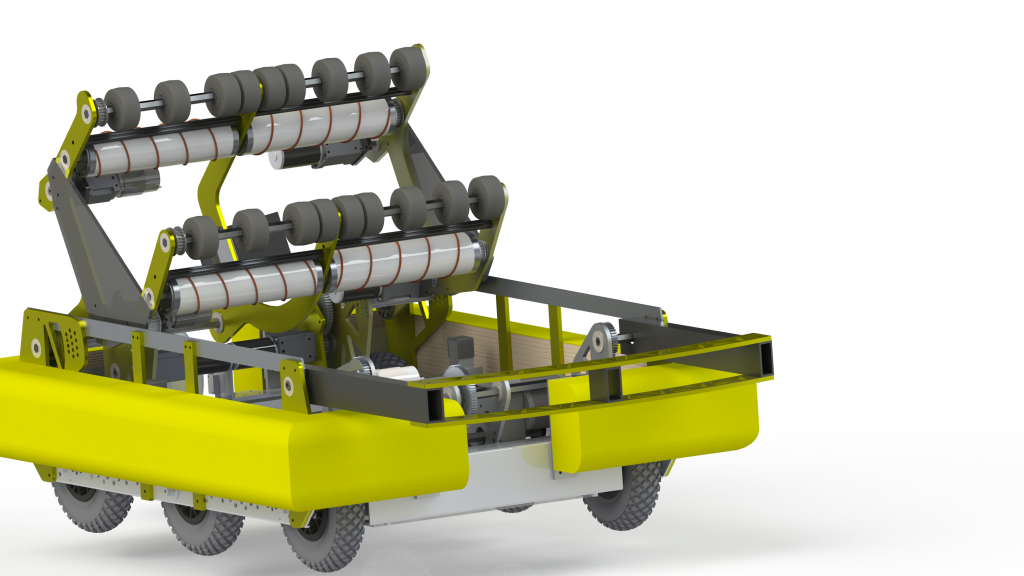 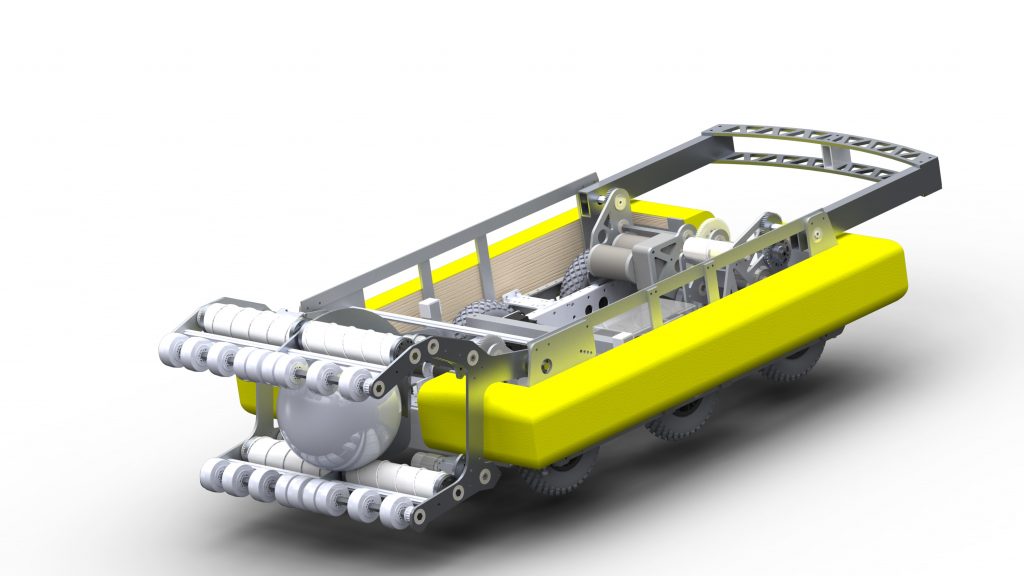 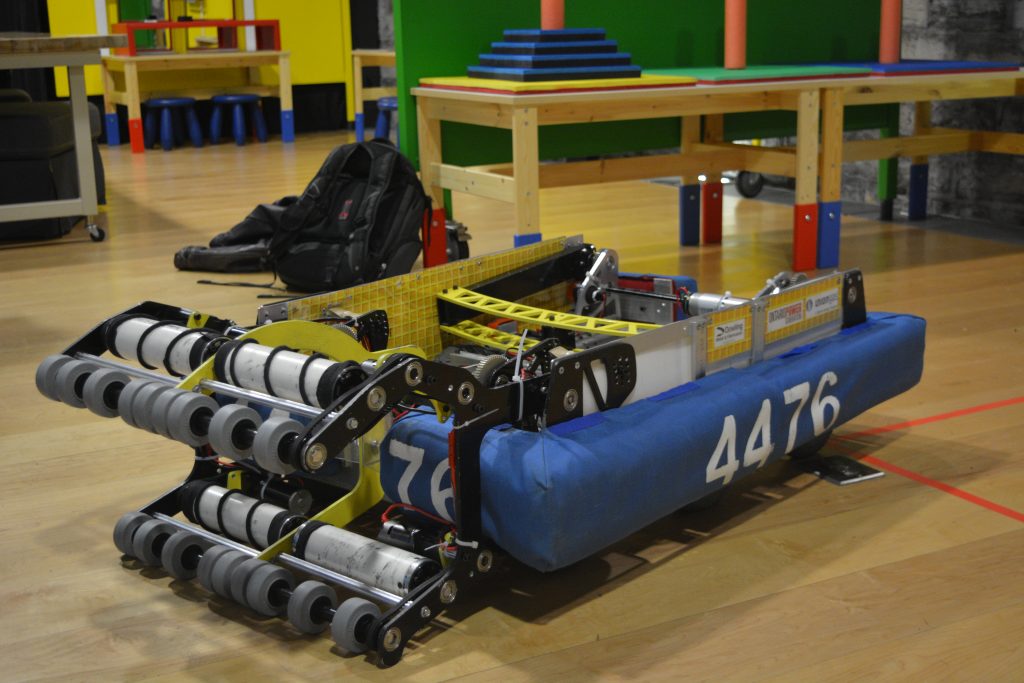 Aaryan was designed with simplicity in mind in order to ensure high ranking by maximizing defense crossings and boulder scoring. 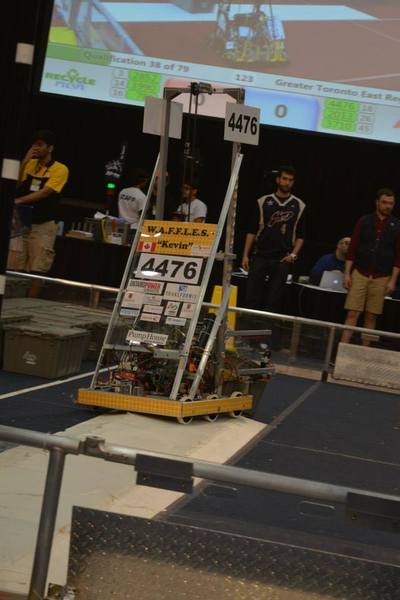 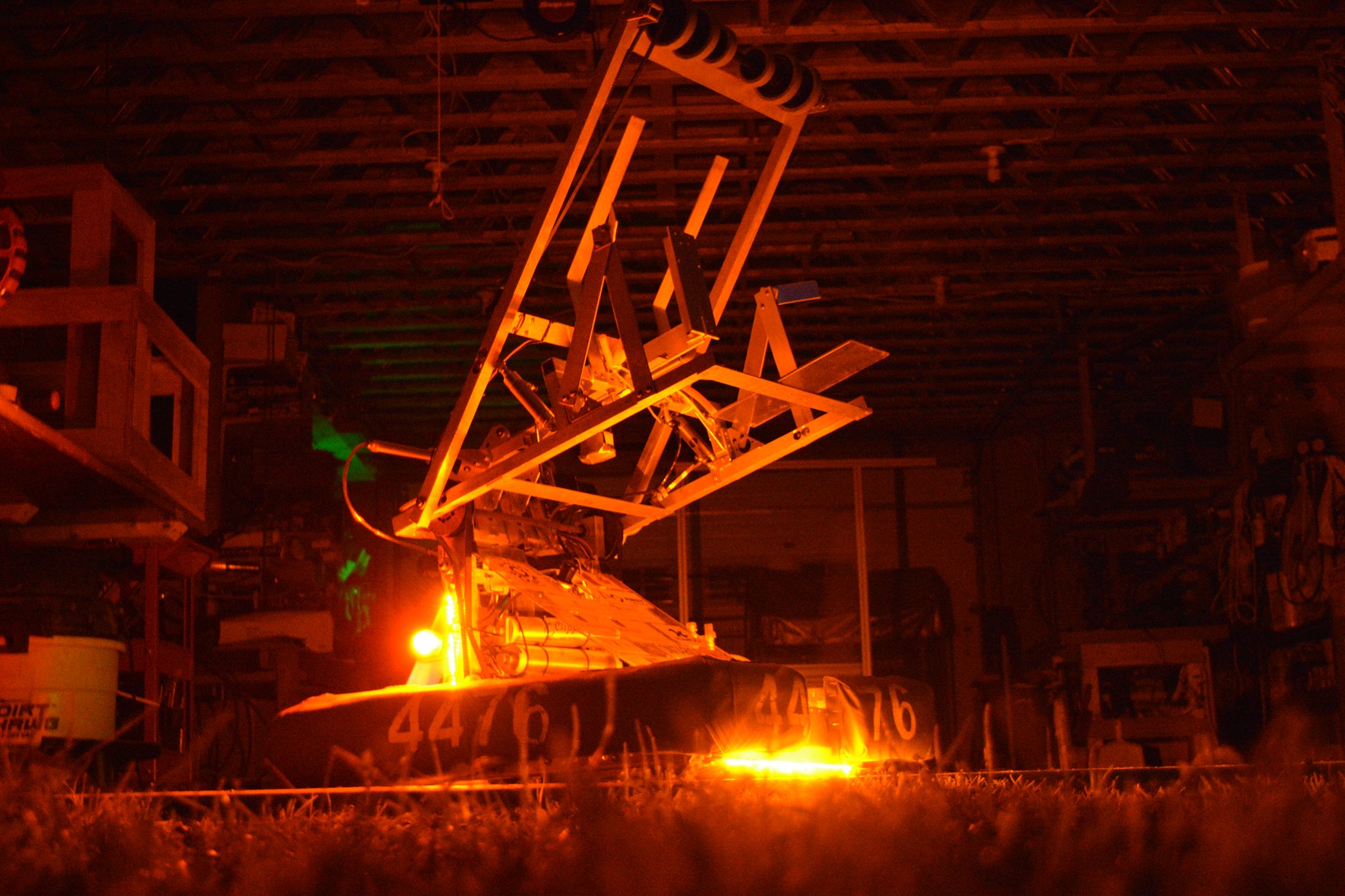 Mackenzie’s design was simple and effective.  A pneumatically-actuated lower “jaw” allowed her to grip the yoga ball game pieces with ease.  A linkage similar to those found on trains was used, in combination with the elastic energy of surgical tubing, to fire the ball into goals of different heights.  Mackenzie earned us a win and a finalist finish at our regional events, and qualified the team for the World Championship. 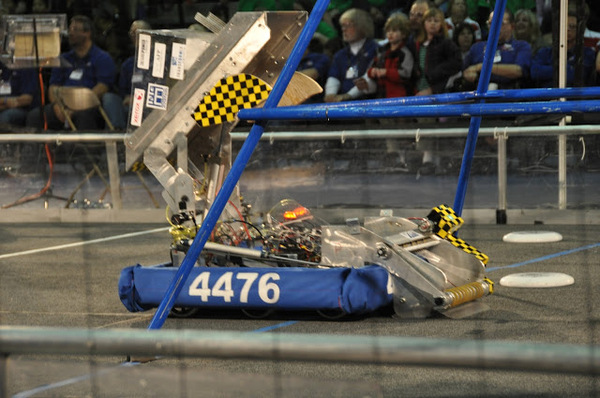 Named after the syrup topping for waffles and pancakes, Aunt Jemima was our team’s first robot.  Similar to a dump truck, she had a bucket actuated by pneumatic pistons to put frisbees into goals.  A spinning roller that moved freely up and down allowed her to pick up frisbees from the ground to put into the back bucket, and a simple wedge on the bottom of the bucket allowed her to hang from the lowest rung of a pyramid for extra points at the end of the match.